The Fusilier Museum is a registered charity

The Fusilier Museum is a registered charity (1115452) and is overseen by a Board of Trustees who are responsible for the strategic direction of all aspects of the business.

The Fusilier Museum has a long history dating back to 1934 when it first opened its doors to the public in the Training Depot at Wellington Barracks. It was originally set up to inspire and motivate troops as well as to keep together private collections, personal souvenirs and a wide range of historic material. Over the years the museum has continued to grow and after many years of fundraising by the board of Trustees in the early 2000’s the museum then moved to its current location on Moss Street in Bury town centre. It first opened its doors on St George’s Day, 2009 but was officially opened by HRH the Duke of Kent later in the year.

The total cost of the relocation project exceeded £4.2 million with £1m of the funding being provided by the Heritage Lottery Fund.

View Board of Trustees View Events How to get here 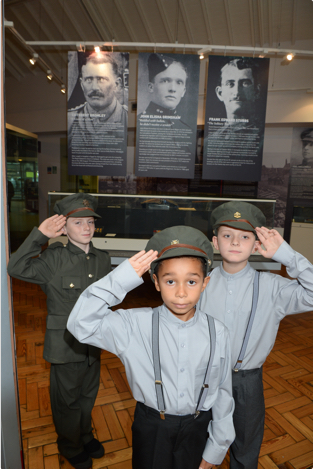 In 2014 the museum further enhanced its offering by completing phase 2.

A £1.4m funded redevelopment of the top floor which included a new state-of-the-art conference and events space The Minden Suite, The Quartermaster’s Store a new open store to house the museum’s collection and the re-location of The Fusilier Archive.